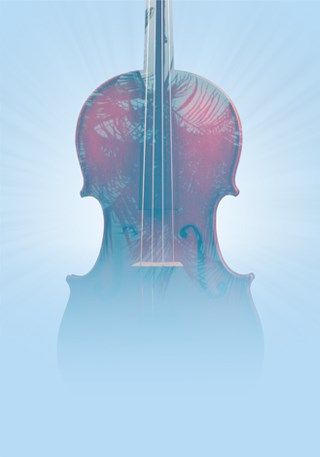 Celebrated performing artists and pedagogues Roberto Díaz, Cynthia Phelps and Jonathan Vinocour join MTT to host a performance and discussion of the most popular viola excerpts from the orchestral canon. They will be performed within the context of full orchestra and feature the entire NWS viola section.

Mr. Tilson Thomas began his formal studies at the University of Southern California, where he studied piano with John Crown, and conducting and composition with Ingolf Dahl. At age 19 he was named Music Director of the Young Musicians Foundation Debut Orchestra. During this same period, he was the pianist and conductor in master classes of Gregor Piatigorsky and Jascha Heifetz and worked with Stravinsky, Boulez, Stockhausen and Copland on premieres of their compositions at Los Angeles’ Monday Evening Concerts.

Mr. Tilson Thomas is a two-time Carnegie Hall Perspectives artist, curating and conducting series at the hall from 2003 to 2005 and from 2018 to 2019. In the most recent series, he led Carnegie Hall’s National Youth Orchestra of the United States of America both at the hall and on tour in Asia, opened the Carnegie Hall season over two evenings with the San Francisco Symphony, conducted two programs with the Vienna Philharmonic and finished with a pair of concerts leading the New World Symphony.

A winner of eleven Grammy Awards, Mr. Tilson Thomas appears on more than 120 recordings. His discography includes The Mahler Project, a collection of the composer’s complete symphonies and works for voice and orchestra performed with the San Francisco Symphony, in addition to pioneering recordings of music by Charles Ives, Carl Ruggles, Steve Reich, John Cage, Ingolf Dahl, Morton Feldman, George Gershwin, John McLaughlin and Elvis Costello. His recordings span repertoire from Bach and Beethoven to Debussy and Stravinsky, and from Sarah Vaughan to Metallica.

His television work includes a series with the London Symphony Orchestra for BBC Television, broadcasts of the New York Philharmonic Young People’s Concerts from 1971 to 1977 and numerous productions on PBS’s Great Performances. With the San Francisco Symphony, he created a multi-tiered media project, Keeping Score, which includes a television series, web sites, and radio programs. He received a Peabody Award for his SFS Media radio series The MTT Files.

Mr. Tilson Thomas’s compositions are published by G. Schirmer. In 1991, he and the New World Symphony were presented in a series of benefit concerts for UNICEF in the United States, featuring Audrey Hepburn as narrator of his work From the Diary of Anne Frank, which was commissioned by UNICEF. This piece has since been translated and performed in many languages worldwide. In August 1995, he led the Pacific Music Festival Orchestra in the premiere of his composition Shówa/Shoáh, commemorating the 50th anniversary of the bombing of Hiroshima. His vocal music includes settings of poetry by Walt Whitman and Emily Dickinson, which were premiered by Thomas Hampson and Renée Fleming, respectively. In 2016, Yuja Wang premiered his piano piece You Come Here Often?.

Mr. Tilson Thomas' song cycle Four Preludes on Playthings of the Wind, a setting of Carl Sandburg’s poem, was premiered in 2016 by the New World Symphony, with Measha Brueggergosman as soloist. In 2019 the piece was recorded for Medici.tv at the New World Center and given its New York premiere as part of Mr. Tilson Thomas’s second Carnegie Hall Perspectives series. His first Perspectives series also featured performances of his own compositions, including Island Music for four marimbas and percussion; Notturno for solo flute and strings, featuring soloist Paula Robison; and new settings of poems by Rainer Maria Rilke. In 2020, he led the San Francisco Symphony in the world premiere of his six-part song cycle Meditations on Rilke, and he subsequently conducted the work at the Cleveland Orchestra. Additional compositions include Street Song for brass instruments; Agnegram, an overture for orchestra; and Urban Legend, a concerto for contrabassoon that was premiered by the San Francisco Symphony. In June 2020, SFS Media released an album of works composed by Mr. Tilson Thomas, featuring live concert recordings of From the Diary of Anne Frank, narrated by mezzo-soprano Isabel Leonard, and Meditations on Rilke, sung by mezzo-soprano Sasha Cooke and bass-baritone Ryan McKinny.

Mr. Tilson Thomas is an Officier de l’Ordre des Arts et des Lettres of France, is a member of the American Academy of Arts and Sciences, was Musical America’s Musician of the Year and Conductor of the Year, was Gramophone magazine’s Artist of the Year and has been profiled on CBS’s 60 Minutes and ABC’s Nightline. He has been awarded the National Medal of Arts, has been inducted into the California Hall of Fame and the American Academy of Arts and Letters, and was a 2019 recipient of the Kennedy Center Honors.

A violist of international reputation, Roberto Díaz is president and chief executive officer of the Curtis Institute of Music, following in the footsteps of renowned soloist/directors such as Josef Hofmann, Efrem Zimbalist and Rudolf Serkin. As a teacher of viola at Curtis and former principal viola of The Philadelphia Orchestra, Mr. Díaz has already had a significant impact on American musical life and continues to do so in his dual roles as performer and educator.

As a soloist, Mr. Díaz collaborates with leading conductors of our time on stages throughout North and South America, Europe and Asia. He has also worked directly with important 20th- and 21st-century composers, including Krzysztof Penderecki, whose Viola Concerto he has performed numerous times with the composer on the podium and whose Double Concerto he premiered in the United States during the 2013-14 season; and Edison Denisov, who invited Mr. Díaz to Moscow to work on and perform his Viola Concerto. Ricardo Lorenz and Roberto Sierra have written concertos for Mr. Díaz and he premiered a concerto by Jennifer Higdon in 2015.

As a frequent recitalist, Mr. Díaz enjoys collaborating with young pianists, bringing a fresh approach to the repertoire and providing invaluable opportunities to artists at the beginning of their careers. In addition to performing with major string quartets and pianists in chamber music series and festivals worldwide, Mr. Díaz has toured Europe, Asia and the Americas a member of the Díaz Trio with violinist Andrés Cárdenes and cellist Andrés Díaz. The Díaz Trio has recorded for the Artek and Dorian labels.

Mr. Díaz’ recordings on the Naxos label with pianist Robert Koenig include the complete works for viola and piano by Henri Vieuxtemps and a Grammy-nominated disc of viola transcriptions by William Primrose. Also on Naxos are the Brahms sonatas with Jeremy Denk and Jonathan Leshnoff’s Double Concerto with violinist Charles Wetherbee and the Iris Chamber Orchestra led by Michael Stern. On the New World Records label is a live recording of Mr. Díaz’ performance of Jacob Druckman's Viola Concerto with Wolfgang Sawallisch and The Philadelphia Orchestra. Upcoming releases include the Walton Viola Concerto with the New Haven Symphony and William Boughton (Nimbus) and the Viola Concerto by Peter Lieberson with the Odense Symphony Orchestra and Scott Yoo (Bridge Records).

Since founding Curtis On Tour six seasons ago, Mr. Díaz has taken the hugely successful program to North and South America, Europe and Asia, performing chamber music side-by-side with Curtis students and other faculty and alumni of the school. In addition to Curtis On Tour, his tenure as president of Curtis has seen the construction of a significant new building which doubled the size of the school’s campus, the introduction of classical guitar and string quartet programs, the launch of Curtis Summerfest which is open to the public and the debut of an online stage called Curtis Performs. In the fall of 2013 Curtis became the first classical music conservatory to offer free online classes through Coursera. Also under Mr. Díaz’ leadership, the school has developed lasting collaborations with other music and arts institutions in Philadelphia and throughout the world and has established the Community Artists Program (CAP) to develop the entrepreneurial and advocacy skills of young musicians.

In addition to his decade-long tenure as principal viola of The Philadelphia Orchestra, where he performed the entire standard viola concerto repertoire with the orchestra and gave a number of Philadelphia Orchestra premieres, Mr. Díaz was also principal viola of the National Symphony under Mstislav Rostropovich, a member of the Boston Symphony under Seiji Ozawa and a member of the Minnesota Orchestra under Sir Neville Marriner. Mr. Díaz plays the ex-Primrose Amati viola.

Cynthia Phelps has Principal Violist with the New York Philharmonic since 1992. Her solo appearances with the orchestra have included performances on the 2006 Tour of Italy and the 1999 premiere of Sofia Gubaidulina’s Two Paths, which the Philharmonic commissioned for her and the orchestra’s associate principal violist Rebecca Young. Other solo engagements have included the Minnesota Orchestra, San Diego Symphony, Hong Kong Philharmonic and Orquesta Sinfónica de Bilbao. Ms. Phelps performs with the Chamber Music Society of Lincoln Center, Boston Chamber Music Society and Bargemusic. She has toured internationally with the Zukerman and Friends Ensemble, appeared with the Kalichstein-Laredo-Robinson Trio and the Guarneri, American, Brentano and Prague string quartets. She has given recitals in the music capitals of Europe and the U.S. Her honors include the Pro Musicis International Award and first prize in the Lionel Tertis International Viola and Washington International String competitions. Her most recent album, for flute, viola and harp, on Telarc, was nominated for a Grammy Award. She has a solo album on Cala Records. She has performed on PBS’s NPR, Radio France and RAI in Italy. Ms. Phelps studied at the University of Southern California’s Thornton School of Music.

With the San Francisco Symphony, Mr. Vinocour has appeared as soloist in Britten’s Double Concerto and Mozart’s Sinfonia concertante (both with Concertmaster Alexander Barantschik), Berlioz’ Harold in Italy and Morton Feldman’s Rothko Chapel. He has also performed as a soloist with the Saint Louis Symphony. His first solo album, featuring works of Britten and Shostakovich, was recorded with the support of the Holland America Music Society. Mr. Vinocour was also a featured recitalist at the 2012 International Viola Congress, and he performs frequently in recital throughout the Bay Area.

Mr. Vinocour has been a regular participant at the Marlboro Music Festival and has toured extensively with Musicians from Marlboro. He enjoys a busy chamber music schedule during summer seasons, participating in many festivals such as Seattle Chamber Music, Aspen Music Festival, Bay Chamber Concerts, Music in the Vineyards and the Bridgehampton Chamber Music Festival, among others. He has been a guest of the Da Camera Society of Los Angeles, Boston Chamber Music Society, International Sejong Soloists, and is a frequent guest artist with the Saint Lawrence String Quartet. He is a founding member of ECCO (East Coast Chamber Orchestra), based in New York.

A dedicated and increasingly active pedagogue, Mr. Vinocour has presented master classes at conservatories around the country and abroad. He is a regular coach at the New World Symphony, has been on the faculty of the Aspen Music Festival and School, and is currently on faculty at the San Francisco Conservatory of Music. He plays a 1784 Lorenzo Storioni viola, on loan from the San Francisco Symphony.