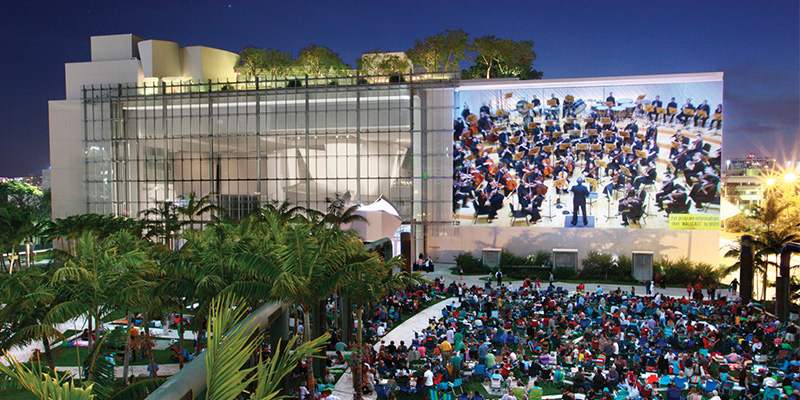 The series features 11 concerts projected on the 7,000-square-foot eastern façade of the New World Center for audiences in adjacent SoundScape Park. WALLCAST™ concert audiences will experience audio through more than 160 Meyer Sound speakers for an immersive sound experience described by The New York Times writer Anthony Tommasini as “the best outdoor amplification I have ever heard.”  This season, the WALLCAST™ experience is enhanced by the installation of a dozen 4K Ultra-High-Definition (UHD) cameras inside the concert hall, in partnership with Hitachi Kokusai Electric America, completing the first phase in an end-to-end 4K upgrade of NWS’s video infrastructure.

The WALLCAST™ concert series launch also commences the first full season of NWS’s Sensory Friendly Environment (SFE), which offers children and adults with Sensory Processing and Autism Spectrum Disorders the opportunity for a full concert experience in conjunction with each WALLCAST™ concert in a space that caters to their special needs. Through these new initiatives, NWS reinforces its commitment to community engagement and audience diversity.

Each WALLCAST™ concert is free to the public and does not require a ticket.