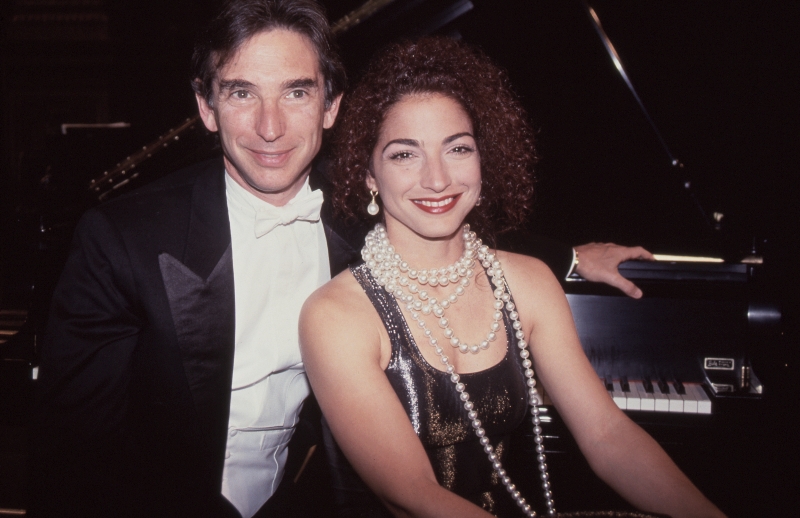 A quarter of a century ago, on Saturday night March 28, 1992, pop music met classical in a mammoth benefit concert at the Miami Arena in downtown Miami.

In its fifth season, 1991-92, the New World Symphony was getting ready for tours of Japan and the United Kingdom in December and January. However, plans for an annual fundraising gala were still not set as late as that October. But all the pieces fell into place soon thereafter. At the beginning of November NWS Board Chairman Sherwood Weiser announced the gala would be held March 28, with guest performer, superstar singer and Miamian Gloria Estefan. NWS would receive half the profits and the other half would go to charities selected by Estefan. Board member Joaquin Blaya was responsible for obtaining the singer for the benefit, and both his company, the Spanish-language television network Univision, and Emilio Estefan and Estefan Enterprises would produce the event. The announcement was picked up by newspapers across the country. 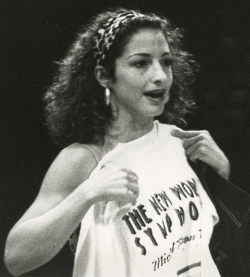 The NWS press release stated “We wish that Gloria Estefan had let us know a year ago that an event such as this was possible. But, just finishing her successful world tour she finally said ‘yes’ and we are seizing the opportunity.” It had been less than two years before, in March 1990, that Estefan’s tour bus was in an accident in Pennsylvania and she was seriously injured. Coincidentally, that story ran in newspapers around the nation on the same day as coverage of the New World Symphony’s world premiere of Michael Tilson Thomas’ From the Diary of Anne Frank, with actress Audrey Hepburn on the UNICEF “Concerts for Life” Benefit Concert Tour in Philadelphia just 100 miles away. After an amazing recuperation, Estefan released her album Into the Light and launched a world-wide tour. On the Asian leg of the tour, she followed NWS to Japan, and like before, her and NWS’s concert ads appeared in the same newspapers. The Miami concert would be considered her ‘homecoming,’ as well as the last stop on the tour. Officially, “Into the Light“ would conclude in Puerto Rico on March 14.

Arrangements for the benefit and gala continued. The event was entitled “A Night in Harmony” or “En Armonía” and the co-chairs were Joyce Stevens and future NWS Board Chair Judy Weiser. A luncheon of Miami’s business community in support of the gala was held in December. The other charities that would receive proceeds were the United Way of Dade County, The United Negro College Fund, The Community Alliance Against AIDS and The Kiwanis of Little Havana Foundation. Following the 8:00 PM concert there would be a gala at the Omni Hotel. Tickets went on sale to the public on February 3, 1992. National and international media coverage would be guaranteed by the fame and contacts of the Estefans and their band Miami Sound Machine. Univision would be taping the concert for future broadcast. Both the singer and conductor donated their services for the event. Chairman Weiser commented that “the complexity involved in the signing of the contract was quite an experience.”

NWS newsletter: “South Florida concert-goers will hear the New World Symphony as never before when the Miami-based orchestra, led by Michael Tilson Thomas, joins forces March 28 with superstar pop singer Gloria Estefan… ‘I’m thrilled to perform in my hometown and to be part of this fundraising effort,’ the singer said in a videotaped message... delivered at a November 5 press conference at the Lincoln Theatre. ‘The event will touch many people.’ The concert repertoire will reflect the cultural and artistic diversity of Miami and the Americas, according to MTT. ‘I visited Gloria Estefan at her home, and it was tremendously exciting to discover that we loved so much of the same music. We’ll pay tribute to this unique international city and have a great time together.’"

Gloria had never performed with a symphony orchestra before. The singer first heard the New World Symphony in January 1992 at a concert at Miami’s Gusman Center, along with her husband, son and some of the Sound Machine men. She was described as having a rapt expression on her face as she listened to Emanuel Ax perform Prokofiev’s Piano Concerto No. 1. She said of the benefit concert “It’s a dream of any singer who does ballads to have a beautiful, lush orchestra behind you. It’s a thrill to work with the New World Symphony; they’re wonderful.”

Prior to the event, a pre-gala reception was held at the home of NWS co-founders Ted and Lin Arison, a break from rehearsals. Finally, the day arrived; now a quarter of a century ago. Upwards of 12,000 people were reported to have streamed into the Miami Arena, the largest single crowd at the venue to date, and of course the Symphony’s largest audience. The music included orchestral works by Latin American composers, traditional Latin American songs sung by Estefan, many of her most popular hits, and as her entrance song, the Gypsy Song from the opera Carmen, sung in the original French. After the concert, 1,100 guests filled the Omni ballroom for a black-tie dinner.

The Miami Herald’s headline and article read “Gloria-ous sounds: Symphony of tuxes and t-shirts crowd in to hear musical matchup… It was that kind of crowd. It was that kind of night.” After the last guests had staggered home late that night or early morning, the proceeds were counted. The concert and gala cleared some $600,000, half going to NWS.

Gala Co-Chairs Judy Weiser and Joyce Stevens: “This room is filled with the people who have helped make Miami the dynamic city it has become. The tasks of filling our community with culture and helping to care for people in need have fallen on the shoulders of a small percentage of our citizens. The people here tonight are those citizens… We all owe a very special thank you to Gloria Estefan and Michael Tilson Thomas, not only for the joy they brought to us this evening, but for their generous contributions to the community.” 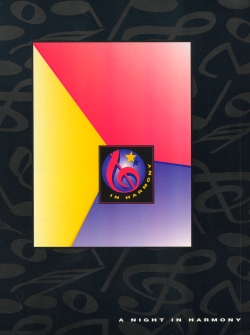 NWS Board Chair ‘Woody’ Weiser wrote: “ ‘A Night in Harmony’ will speak positively about the innovative, dynamic community we live in… The classical has joined with the pop, bringing together the best of many elements in one great event… This effort brings together the ethnic and social cultures of the multifaceted quilt of our city. What better way can there be to join these elements but through the music that each understands and loves.”

“Throughout my five-year association with the New World Symphony, I have been privileged to be present at many of the orchestra’s proudest moments… However, whenever the highlights of the New World Symphony’s history are being recounted, tonight’s “A Night in Harmony” may well top the list.”

During the past 25 years, the Estefans have continued to support the New World Symphony. Music impresario Emilio Estefan was nominated to the NWS Board of Directors later that year and he served on the Board through the 2004-05 season. The Estefans have attended several of the NWS annual fundraising galas since then. Gloria performed at the New World Center in 2011 for the sixth annual Nuestra Navidad Univisión Christmas special, produced by Emilio Estefan's Estefan Enterprises. In November 2015 the Estefans were awarded the Presidential Medal of Freedom by President Obama. Univisión did broadcast the benefit concert on their television network on May 10, 1992. The Miami Arena closed in 2000 and was demolished in 2008. But the spirit of the amazing event that happened there on March 28, 1992 lives on.

All photos courtesy of the New World Symphony Archives

Posted in: Events, From The Archives, Guest Artists, MTT