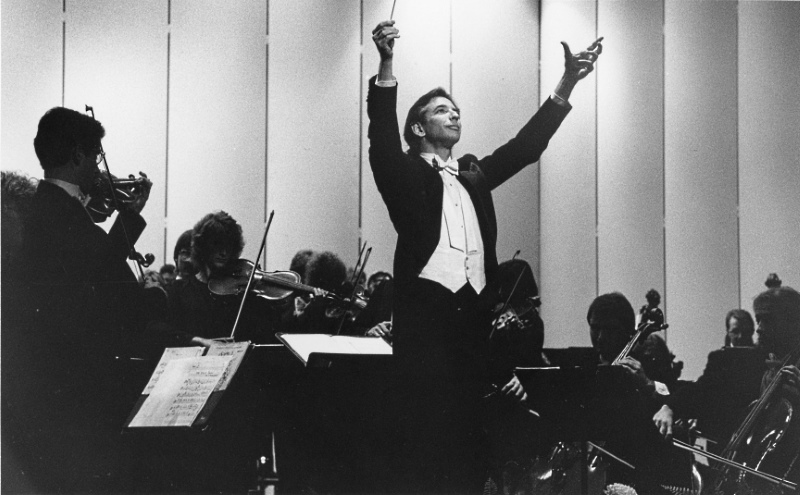 Here's how this exciting and important event was described in the NWS Newsletter:

“Less than four weeks after assembling in Miami and rehearsing together for the first time, The New World Symphony launched its inaugural season February 4 with a sell-out performance at Gusman Center for the Performing Arts.

“It was a glittering opening night, attended by 1,700 South Florida music-lovers and dignitaries, and filmed by TV crews from national network and local affiliate stations.

“The long ovation after the concert and the glowing reviews in the days that followed were a gratifying reward for Artistic Advisor Michael Tilson Thomas and the 85 young musicians who had worked so hard in such a short time to prepare for the orchestra’s premiere.

“Topping off the evening was a sumptuous gala for 800 guests at the CenTrust Tower’s new 11th floor Sky Lobby. The event was co-chaired by Lady Solti, wife of noted conductor Sir Georg Solti, who flew in from London to celebrate the occasion…”

Posted in: Concerts, From The Archives, MTT