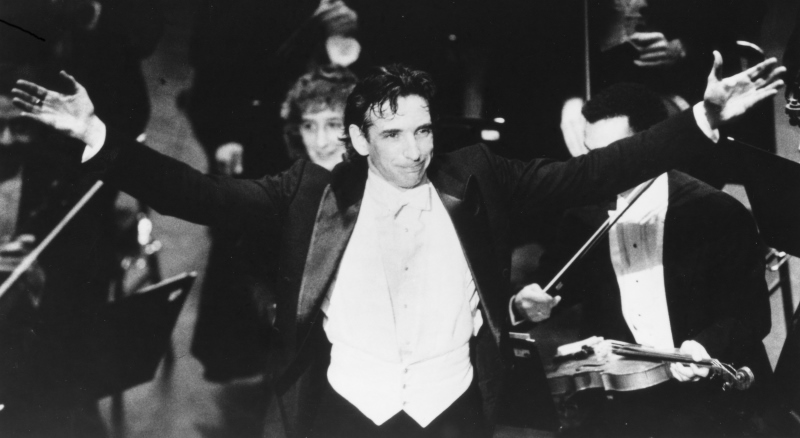 Here's how this exciting and important event was described in news coverage at the time:

“South Florida’s expanding cultural scene entered a bravura new era Thursday night in downtown Miami when the bright, brash New World Symphony debuted before a black-tie and white-limo audience of 1,700 at Gusman Cultural Center… The chance to see and hear the premiere… had become the town’s toughest ticket… [Board member Carlos Arboleya] It’s not only the good music, it’s the youth. This is tomorrow. It really gets the adrenaline flowing.” – Miami Herald

“Last night… the New World Symphony sounded its heroic, clarion existence in a world premiere concert superior in all respects. If this program is any indication, we can expect this group to excel in all musical directions – past, present and future…. [Brahms’ Academic Festival Overture] It was apparent we were in for a treat from the first, thrilling phrase from the strings, with their depth of tone color and perfect unanimity of attack… [Wuorinen’s Bamboula Beach] The orchestra responded to the score’s demands with admirable courage of attack and a brilliant edge to its tone… Bartok’s Concerto for Orchestra was a revelation… The New World Symphony is here, and it’s magnificent.” – Miami Times 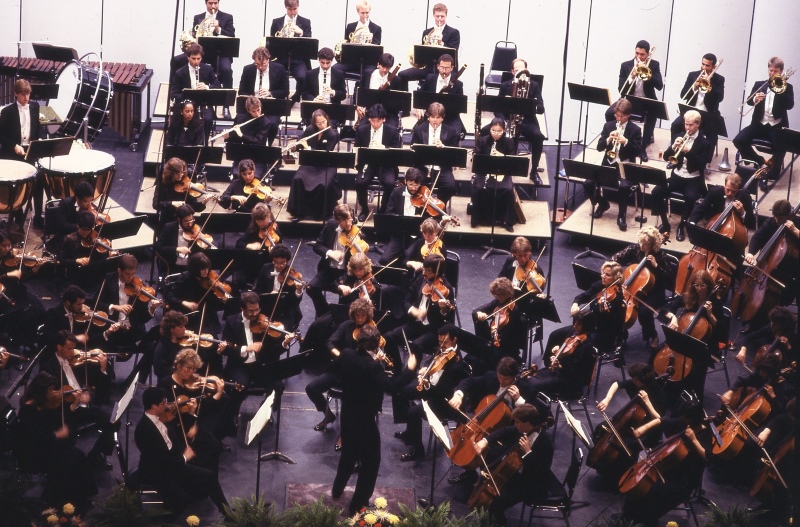 “The New World Symphony made an impressive debut… living up to much of the ballyhoo surrounding its inauguration… It sounded confident, dynamic, cohesive, disciplined, fully attentive to musical and technical details. The sheer stamina of the players was remarkable. Conductor and artistic advisor Michael Tilson Thomas came up with a daunting, full-throttle program that would have tried the endurance of most seasoned musicians. Of course, cockiness is a trademark of young orchestras, and the New World Symphony gives every indication of being one of the cockiest.” – South Florida Sun-Sentinel

“For about 20 seconds after the last chord of Beethoven’s mighty Fifth Symphony [The Beethoven was a truly inspired performance on the part of conductor and orchestra alike] sounded, conductor Michael Tilson Thomas stood facing the orchestra, overcome with emotion. A side view showed him mouthing words of praise while sweat or tears or both streamed down a face that mirrored a mixture of pain and ecstasy. He finally turned to the audience, and received a standing ovation for several minutes.” – Palm Beach Post 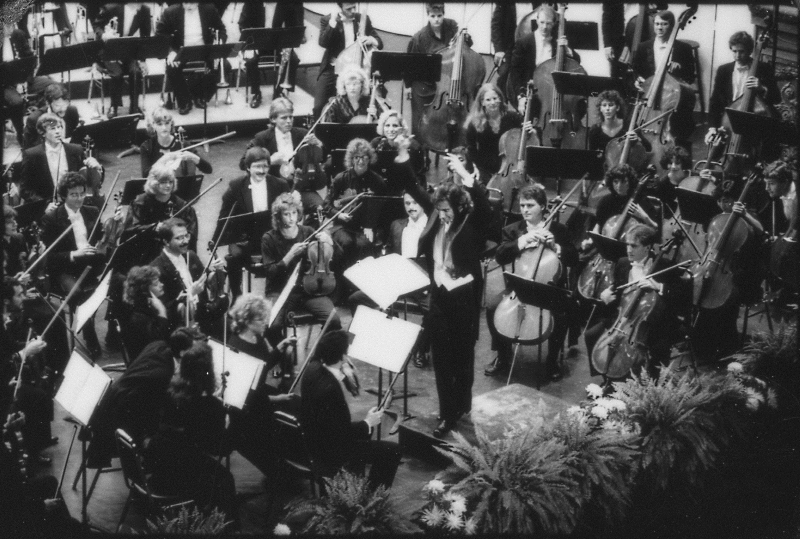 “Showers of applause, national media attention and congratulatory telegrams from Leonard Bernstein and Andre Previn hailed the inaugural concert of the New World Symphony Thursday night… Judging by the audience reaction and the performance of the orchestra, the New World Symphony will become a nationally recognized artistic success…” – St. Petersburg Times

The post-concert gala celebration was co-chaired by NWS patrons Sandra Muss and Lady Valerie Solti, wife of noted conductor Sir Georg Solti, who “zoomed in from London on the Concorde for the evening”, and was held in the then new CenTrust building, an I.M. Pei designed landmark in downtown Miami. Miami Herald reporter Jane Wooldridge described the event:

“When it became apparent that the New World Symphony might well be the bright new beacon of the new Miami, the high profilers geared up. They were squarely on time, staunchly on hand Thursday night when the orchestra tuned up and the veil came down… Rapt attention during the concert itself – surprising, given that the crowd was as much community supporters as music lovers. And of course, at the end, extended applause and a standing ovation… Despite the late hour – the concert ended about 10:30 – most of the 800 people who had paid the big ticket prices… dropped by the building for a bite…

“To say the buffet was sumptuous is an understatement. The raw bar – decorated with musical notes carved in ice – was 35 feet of ice topped with 1,800 stone crab claws and 1,500 lobster tails. One hundred fifty Peking ducks were chopped into niblets and wrapped in mu shoo pancakes. Two chefs prepared sushi rolls. There were sliced tenderloin, egg rolls and gallons of vanilla ice cream with various berries warmed into a sauce…

“Naturally, the symphony was the hottest topic of the evening, with praise all around. Conductor Michael Tilson Thomas was ecstatic. I’m way beyond happy. I feel revivified by the experience… A youth orchestra has been talked about for years. This city did it. The very openness of this city gives the ability for things to happen very fast. Hotelier [and former NWS Board Chair] Woody Weiser’s comment was typical. This is a great night for Miami…

“The band rocks, said William Eddins [Piano Fellow], meaning of course, that the orchestra members were happy with their performance. And, from the eyes of one not yet inured by years of fancy party-going - This is a spread!” 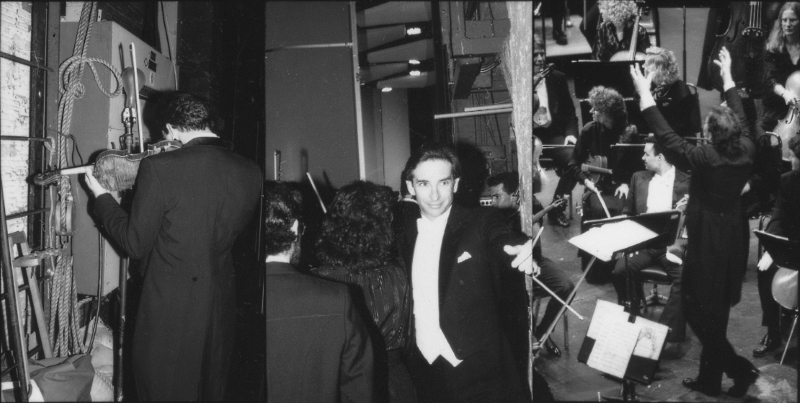 And stay tuned for next year's 30th anniversary celebration!

Posted in: From The Archives, In the News, MTT