by Marci Falvey / City of Chicago 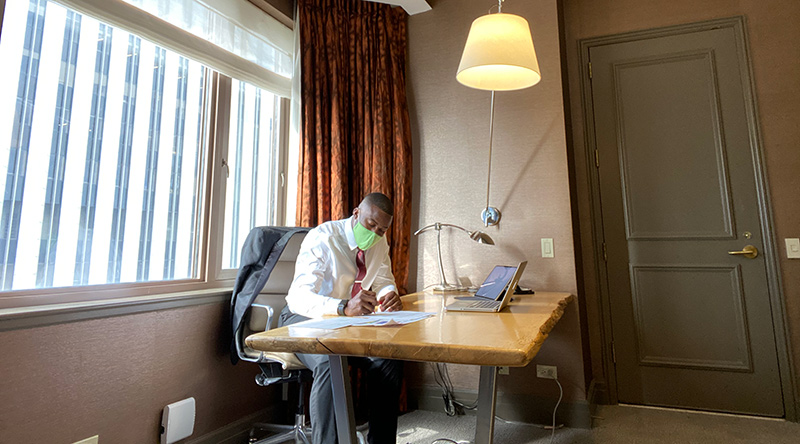 NWS Cello alum Blake-Anthony Johnson (2017-19) has served as the Chief Executive Officer of the Chicago Sinfonietta since 2020. He was recently announced as one of four new members to serve on Chicago’s Cultural Advisory Council of the Department of Cultural Affairs and Special Events. Read the announcement below and join us in congratulating Blake-Anthony on this significant new role. 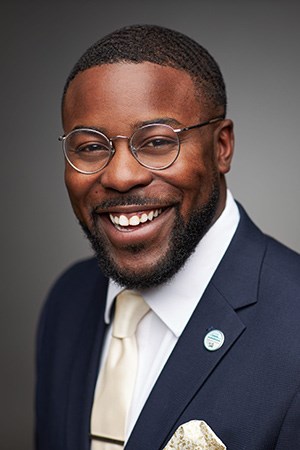 The City Council has announced Chicago Sinfonietta's CEO Blake-Anthony Johnson as one of four new members to serve on the Cultural Advisory Council of the Department of Cultural Affairs and Special Events.

In announcing the new appointees, Mayor Lori Lightfoot stated, "I am grateful to bring these four new voices to the table, who will work with us to ensure that Chicago remains a vibrant and innovative cultural hub and all of our residents have equitable access to the arts."

Also announced with Mr. Johnson to serve on the 29-member council are artist Edra Soto; Kaoru Watanabe of the National Cambodian Heritage Museum and Killing Fields Memorial; and Debra Yepa-Pappan of the Field Museum.

A civically engaged and transformational leader, Mr. Johnson has developed a national reputation in the symphonic arts for his strategic focus and detailed work on community-centric, multi-disciplinary, and educational initiatives that enable cultural institutions to provide equitable access and public service to all.

Mr. Johnson stated, "I am honored to be appointed and serve in this role to contribute to continued development of the rich cultural landscape found in the City of Chicago."

"I look forward to continuing my work with Commissioner Harkey, Mayor Lightfoot, and my new colleagues on the Cultural Advisory Council to enrich Chicago's artistic vitality and cultural vibrancy in every way possible."

The first African American executive to guide a nationally renowned orchestra, Blake-Anthony Johnson has served as Chief Executive Officer of the award-winning Chicago Sinfonietta since May 2020.

The appointment to DCASE is the latest cultural charge taken on by Mr. Johnson; recognized for his leadership and strategic skills in community-centric, multi-disciplinary, and educational arts initiatives, he was recently elected to the Sir Georg Solti Foundation U.S. Board of Directors and awarded Leadership Greater Chicago's 2022 The Daniel Burnham Fellowship. Thoroughly engaged in the Chicago arts scene, he also serves on the City of Chicago's Department of Cultural Affairs & Special Events in various roles, most recently a member of its One Chicago_500 Shows Task Force, and the Year of Chicago Music Steering Committee. Johnson also sits on the Steering Committee of Chicago Musical Pathways Initiative and is a member of the League of American Orchestras' EDI Orchestra Management Committee and serves as a Trustee and Advisory Board Member for several organizations across the country that focus on arts, healthcare, and other community initiatives. A champion of arts education, Mr. Johnson is a member of the Faculty at Roosevelt University's Chicago Conservatory of Performing Arts. 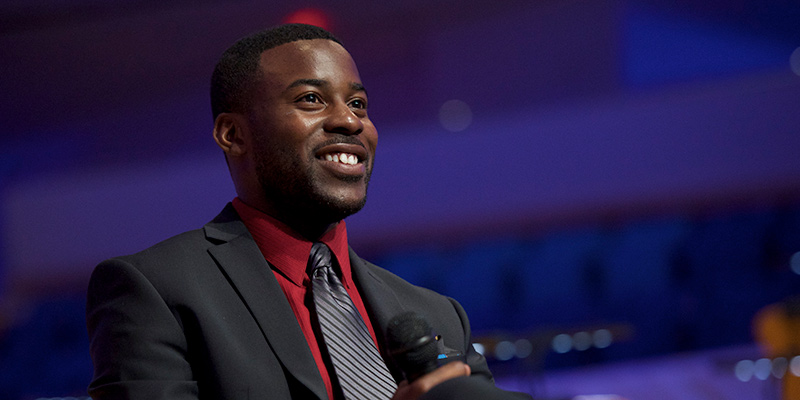 Mr. Johnson has established a reputation for advancing the arts with innovative ideas (his Pay-What-You-Can Program at Chicago Sinfonietta, introduced this season, continues to be a frontrunner in the field, inspiring other organizations to adopt this practice). Praised by The New York Times Classical Music Editor Zachary Woolfe when announced, organizations in Ohio, Michigan, Texas, California, and New York are the latest adopters of this model. He also launched the Artist-in-Residence initiative and has expanded the flagship Project Inclusion Freeman Fellowship program. Johnson recently served as emcee, moderator, and facilitator for the 2021 League of American Orchestras' 76th National Conference, and as a speaker at League's 2020 Mid-Winter Conference.

A former professional cellist and protégé of Michael Tilson Thomas at New World Symphony, Mr. Johnson is an accomplished musician, and has performed as a member and soloist with ensembles and music festivals both nationally and abroad. He can be heard on recorded works by Richard Danielpour, Claudio Gabriele, and Poul Ruders.