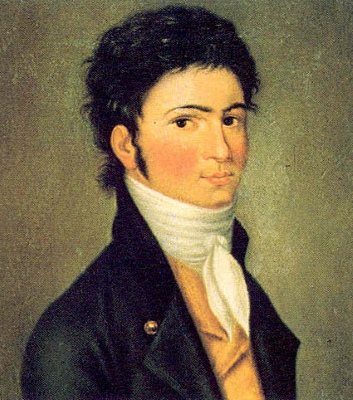 Among the most enduring and famous of all classical composers, Ludwig van Beethoven was born in Germany on or about this day, December 16, in 1770 (d. 1827).

His popularity is represented throughout the past 28 years of the New World Symphony’s existence. During the NWS Inaugural Season, Michael Tilson Thomas conducted Beethoven’s Fifth Symphony at the World Premiere Concert of February 4, 1988; guest conductor John Nelson led the orchestra in the Leonore Overture No. 3 on March 25, 1988; the Violin Concerto was performed in July 1988 on the Southern California tour; and the Symphony No. 7 in August 1988 during the summer residency at Big Sky Music Festival, Montana. Even before the first New World Symphony season began, some of the first Fellows to arrive in Miami played for Beethoven’s 217th birthday party on December 16, 1987 at Vizcaya.

For the third season, works by Beethoven helped NWS open/ debut two important venues. Symphony No. 7 was played at the first concert at the Lincoln Theatre on October 14, 1989, and for New World’s Carnegie Hall debut in New York December 14, 1989.

New World Symphony has held a number of Beethoven festivals over the years. The first was in October 1990. It was described in the NWS newsletter of the time: “Ludwig van Beethoven’s figure overshadows the whole of 19th century music. His genius expanded and enhanced every musical form it touched, leaving a legacy of works without parallel in this or any other century.”

The Beethoven In-Context™ Festival was held in April 1998. It included a simulcast of one of the concerts on Lincoln Road and at Bayside Park. It was also recorded for television and broadcast as a PBS special “Beethoven Alive” the following December. 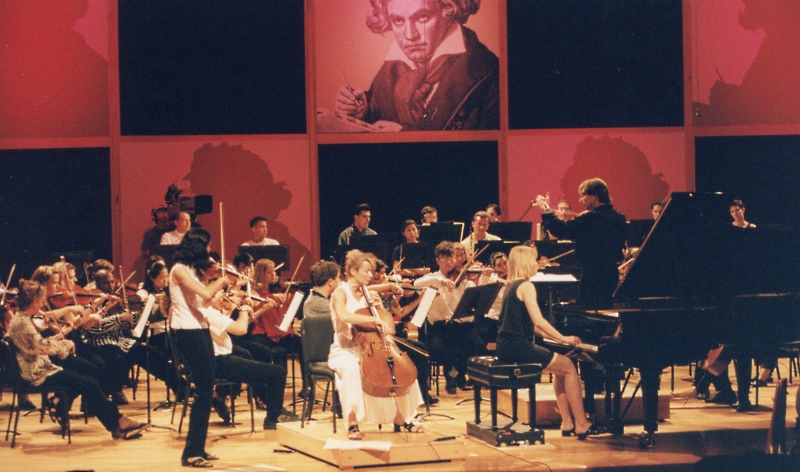 Beethoven’s popularity in the repertoire is also demonstrated as New World has performed every one of his nine symphonies, from 1988 through to this season. Well-known guest artists who have performed or led Beethoven’s works with NWS over the years included Emanuel Ax, Pinchas Zukerman, Yefim Bronfman, Roberto Abbado, Paula Robison, Anne-Sophie Mutter, Jamie Bernstein, Garrick Ohlsson, Sir Neville Marriner, and many more.

Beethoven will be heard again very soon at the New World Center on January 8, 2016, the Arsht Center in Miami on January 9, and the Kravis Center in West Palm Beach on January 11. The Symphony No. 6 "Pastoral" will be on the program led by guest conductor Cristian Măcelaru

Posted in: Composers, From The Archives