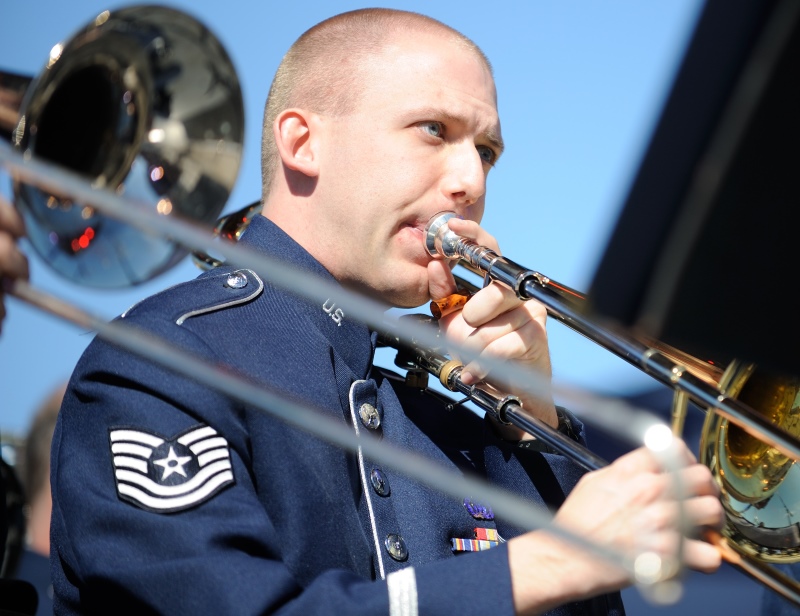 The four main branches of the United States Armed Forces offer classically trained musicians a different career option from the otherwise expected symphony orchestra or chamber ensemble jobs that many aspire to. Whether it’s due to patriotism, stability, the activities specific to military bands, the variety of ensembles they can play for or the service they provide to the public, the bands of the Army, Air Force, Marines and Navy have attracted about a dozen New World Symphony Fellows/alumni to their ranks – literally.

NWS counts eleven alumni currently performing in military bands, plus one more who retired after serving for two decades. They are considered active duty military personnel. They have gone through months of basic training to acquire the same abilities as other soldiers, sailors, airmen and Marines. They are given an official military rank while they serve. These NWS alumni who serve the nation musically have been NWS Fellows from the 1988 second season through just the past season, men and women, playing strings, winds and brass. The bands are headquartered in the Washington, D.C. area, but performances are given all over the country and abroad.

Trumpeter PO1 Kevin Businsky (2011) is the only alum in the Navy. He is a member of the U.S. Navy Band, Concert and Ceremonial Bands.