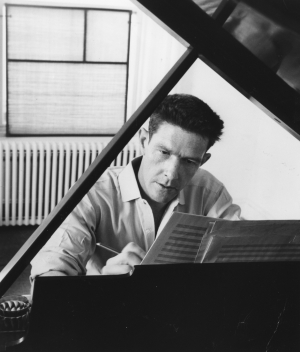 New World Symphony was actually nominated for a Grammy for its debut CD release Tangazo (1993). Unfortunately, NWS didn’t win that year. NWS Artistic Director Michael Tilson Thomas, though, has won eleven Grammy Awards, from 1975 through 2012, recording with other orchestras.

Many NWS guest performers have won Grammys, as have many NWS alumni as members of winning orchestras. And Miami Grammy chapter and Latin Grammy events have taken place at the New World Center.

One of this year’s Grammy honorees does have a substantial New World Symphony connection.

A special ceremony and concert celebrating the honorees will be held in the spring. Additional details regarding the ceremony have yet to be announced.

On April 27 2015 the New World Symphony continued its tribute to the life and work of John Cage by launching its new John Cage web­site, “Making the Right Choices: A John Cage Celebration.” The website augments the festival performances with interviews, rehearsal videos and essays that provide insight into Cage’s work.

The web­site, which was funded in part by the John S. and James L. Knight Foun­da­tion, was unveiled that Mon­day evening at an event at Lin­coln Cen­ter in New York, with NWS staff and selected Fel­lows attend­ing, along with VIPs, press and media. The site continues as a source of online scholarship and performance videos on Cage and his life and work.

Interestingly Cage’s works have been performed by NWS in geographically diverse venues including Hunter College, New York in 1993, Ojai Music Festival, California in 1994, and the Musée Océanographique in Monaco in 1995. 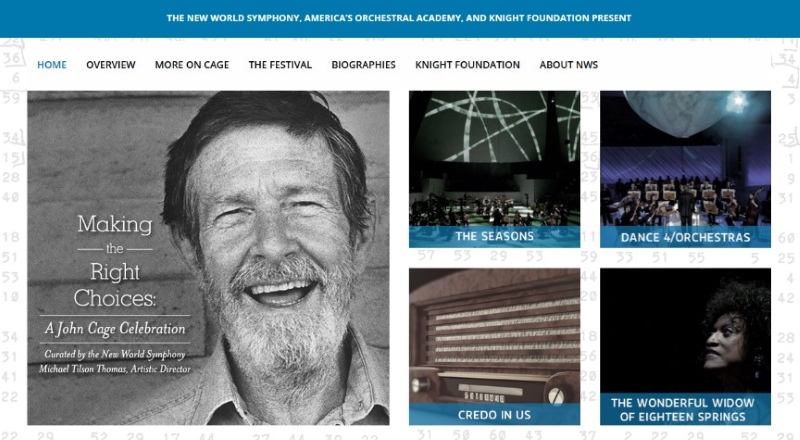