NWS on the Web 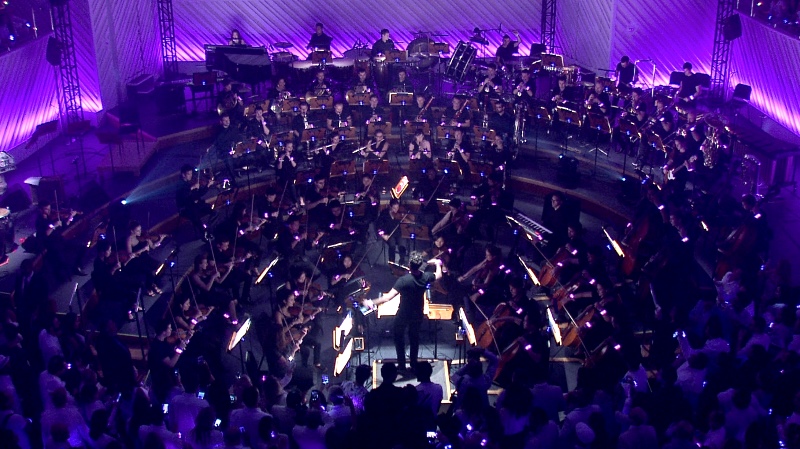 Established in 1965, the National Endowment for the Arts celebrated its 50th anniversary last year. Since the beginning of 2015, the NEA has been gathering stories from the general public and grantees, elected officials and agency directors, artists and art lovers across the country about the importance of art in their lives and their communities. It’s the “United States of Arts.”

For Florida, besides contributions from many individuals, the state of the arts and culture in the State of Florida was depicted in a video done by the Florida Division of Cultural Affairs. It portrays the missions and activities of three selected grant recipient organizations in the state: the University of Florida Center for Arts in Medicine/UF Health Shands Arts in Medicine, serving Gainesville and Jacksonville; Tigertail Productions, serving Miami-Dade County; and Augusto Soledade Brazzdance in Miami.

The introductory part of the video includes a photograph from New World Symphony, of the January 2013 Pulse concert. Look quickly at 24 to 25 seconds.

And speaking of Pulse, the latest edition of that concert experience received a terrific review from Examiner.com. Spoiler: the word ‘spectacular’ is used three times. Launched in 2008, Examiner.com is a dynamic entertainment, news and lifestyle network that serves millions of monthly readers across the U.S. and around the world.

“When Michael Tilson Thomas opened the New World Symphony's new concert hall, he promised to revolutionize classical music. Indeed he has delivered, especially when it comes to Pulse, the twice-seasonal NWS offering that has become the toast of South Beach. These events are always wildly anticipated but Friday night's program, billed as a "special edition" layered on surprise-after-surprise and lifted Pulse to a spectacular new level.”

This month, New World Symphony concerts have been fortunate to be on the receiving end of virtual standing ovations from the South Florida Classical Review. For the February 13 New Music concert - “Chin’s Clarinet Concerto proves a highlight with Pintscher, New World Symphony”

“Flutist Masha Popova was a fearless soloist, conquering the triple-tongued writing and extended techniques of Boulez’s electronic echoes with staunch musicianship and verve. Her colleagues Kelly Zimba and Allison Emerick were no less impressive…

“In a difficult program that many orchestras would not even dare attempt, the New World musicians consistently played with brilliance, precision and boundless enthusiasm.”

And last week’s Critic’s Choice from SFCR was the weekend’s Concerto Showcase concerts.

“The musicians invariably play with a high level of polish, with the added appeal of hearing young performers play works they love.”

“…Rebecca Reale… gave a virtually flawless performance that brought out the work’s high spirits and abundance of melody.

“Clarinetist Ran Kampel not only displayed a mastery of the work’s most difficult passages but pulled them off with style, injecting them with a sizzle of excitement.

“[Austin Fisher’s] rich tone could have been made for Schumann’s Cello Concerto. He gave a big-hearted, virtuosic performance of this work, using his smooth bowing and warm vibrato to wring the most emotion from Schumann’s melodies…”

Posted in: Concerts, Events, In the News