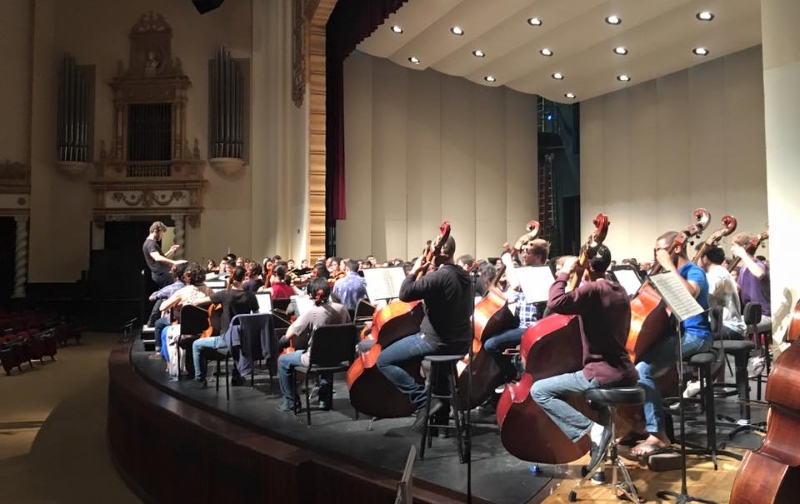 [When Emanuel Ax] "...sat at the keyboard at the Arsht Center in Miami, he rolled out the sweeping opening of the Beethoven’s Piano Concerto No. 5, known as the “Emperor,” with an authority and grandeur few pianists could match. What followed was an exemplary performance of this popular work, big and extroverted, but with a feeling for nuance and lyricism."

"Heras-Casado led a supple performance, speeding up and slowing down the orchestra’s with a dance-band leader’s sense of rhythm."

"This music made the most of New World’s plush, luxuriant orchestra textures. Strings were rich but with a searing edge when required. Brass were weighted and brilliant, winds glowing and warm."

Posted in: Concerts, Guest Artists, In the News, Tours