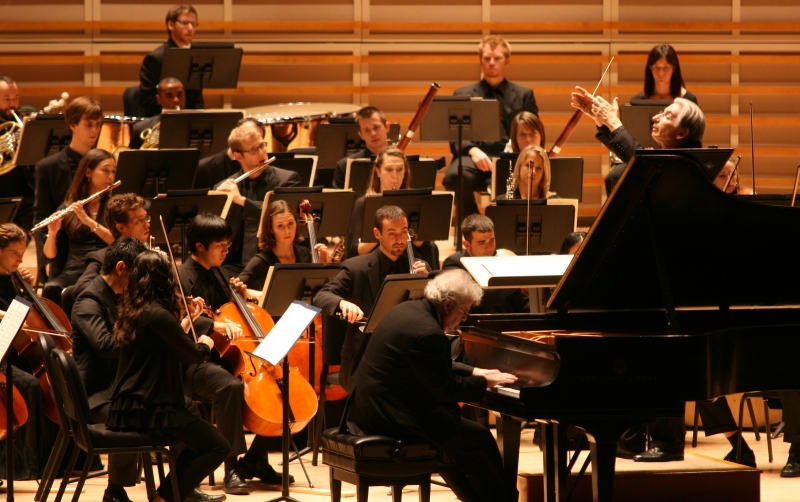 This weekend marks the third ‘stop’ in the joint international tour of famed pianist Emanuel Ax and guest conductor Pablo Heras-Casado. A month ago, February 6-9, they performed with the Orchestra dell’Accademia Nazionale di Santa Cecilia in Rome, Italy. Mr. Ax performed Beethoven’s Piano Concerto No. 2. Subsequently, the duo appeared with the Israel Philharmonic Orchestra in several concerts throughout Israel. It was Maestro Heras-Casado's debut with the IPO, and performances took place in Jerusalem, Haifa, and Tel Aviv, February 18-28.The program featured Franck’s Symphonic Variations and Mozart’s Concerto for Piano in E flat major, both featuring Mr. Ax as soloist.

The duo now crosses the Atlantic to bring their third concert series to the stage, in collaboration with the New World Symphony. Beethoven’s Piano Concerto No. 5 will be performed on March 4 at the New World Center, alongside Bartók’s Dance Suite. They present the same program, with the addition of Dvořák’s Symphony No. 7, on March 5 at Knight Concert Hall in the Adrienne Arsht Center. The program continues with a trip to Puerto Rico the following day, Sunday March 6, where Mr. Ax and Mr. Heras-Casado will perform with New World Symphony at the Festival Casals in San Juan.

Emanuel Ax first per­formed with the New World Sym­phony back in 1992 and he didn’t return until 2008, but he has been more of a reg­u­lar guest artist since then. As a ‘star’ attrac­tion, he appeared in New World’s Arsht Cen­ter series in 2010 and 2013. He continues with this weekend's triad of performances at New World Center, Arsht Center, and University of Puerto Rico - Teatro de la Universidad de Puerto Rico, Río Piedras.

Mr. Ax has had a var­ied reper­toire with NWS. He's per­formed the fol­low­ing piano and orches­tra con­cer­tos: Prokofiev No. 1, Brahms No. 2, Beethoven No. 3 and No. 4, and continues the latter series now with Beethoven’s Concerto No. 5.

Maestro Heras-Casado first appeared with NWS in January 2014, leading a New Music concert. He also appears in several videos on MUSAIC, discussing conducting, new music, and a variety of other topics. MUSAIC is an online community for classical music instruction and education, featuring mas­ter classes, orches­tral excerpts, coach­ing ses­sions, lessons, and online con­fer­ences, as well as live hang­outs and web­casts of events. 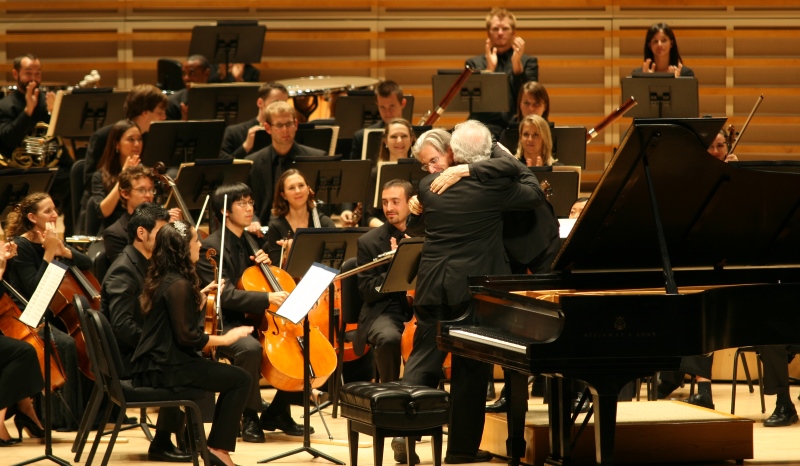