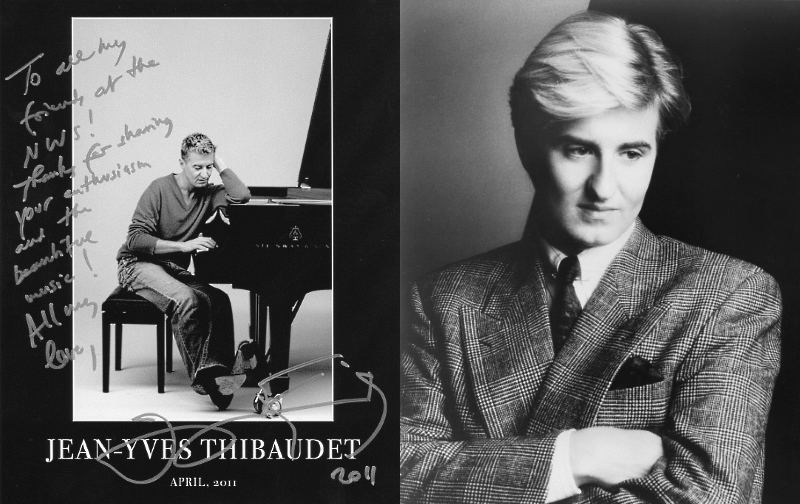 The guest soloist at this Saturday’s NWS concert at the Arsht Center is the French pianist Jean-Yves Thibaudet, performing George Gershwin’s Concerto in F.

Thibaudet has had a long partnership with the New World Symphony, making his first appearance during the summer after the Inaugural Season. NWS did a residency in Southern California for three weeks in June and July 1988, and Thibaudet played Weber’s Konzertstück in F minor with NWS at the Orange County Performing Arts Center on June 30. Coincidentally, NWS performed another of this weekend’s featured works, Berlioz’ Symphonie fantastique, a couple of weeks later in the OC on July 16 in a joint concert with the Pacific Symphony Orchestra.

Newspaper reviews of the time said that “Thibaudet’s pianistic facility appears wondrous and total” and “…his power laid with delicate passages, which he executed with an incredible silken touch and sensitive phrasing. It was as though he had barely caressed the keys as a breeze would.”

The photos below are from a post-concert champagne dinner reception held for NWS, Michael Tilson Thomas and Thibuadet. “Handsome, blond, piano soloist Jean-Yves Thibaudet was mobbed by admirers as he entered. ‘I flew in yesterday from Italy for this performance [and boy are my arms tired] and will be leaving tomorrow,’ he said (that’s energy).” 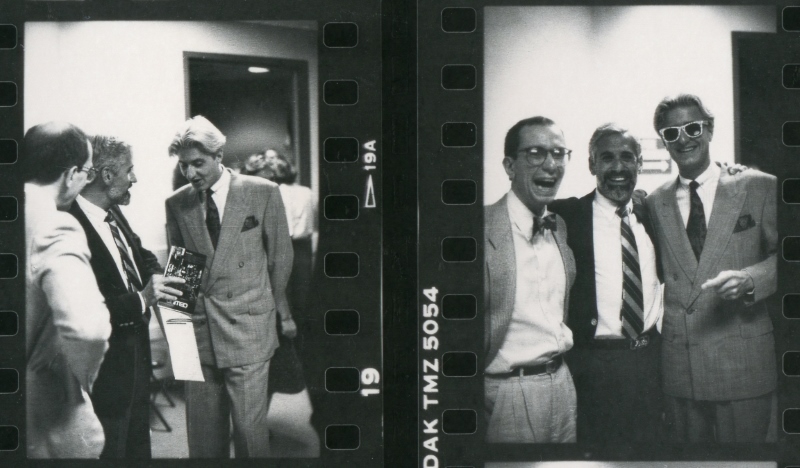 Already a world renowned pianist from a young age, he first performed with NWS when he was 26 years old, about the same age as many of the NWS Fellows!

Thibaudet returned to the New World Symphony on six more occasions, in 1990, 1991, 1995, 1997, and the last time he performed at the New World Center in 2011. Summer 1995 appearances were on the June tour to Monte Carlo. In his NWS concerts, he’s played works by French composers - Ravel, Debussy, Saint-Saëns, Franck and Fauré. He’s also performed works by other European composers - Rachmaninoff, Mozart, Bartók, Schumann and Schubert.

But Saturday will see Thibaudet’s New World Symphony debut performance of a work by an American composer!

This weekend’s guest conductor is Roberto Abbado. He has also worked with the New World Symphony over the years. He first led the orchestra in 2003, and returned subsequently in 2005 and 2014. He’s led works by Verdi, Mendelssohn, Rossini, Rachmaninoff, de Falla and Beethoven.

He had a memorable and well-received debut with New World Symphony. A reviewer said that “Abbado gave the Mendelssohn a performance of considerable power and drive… the orchestra gave Abbado a truly glorious sound in all sections… a glorious sound as the New World players responded like lightning to Abbado’s every gesture.”