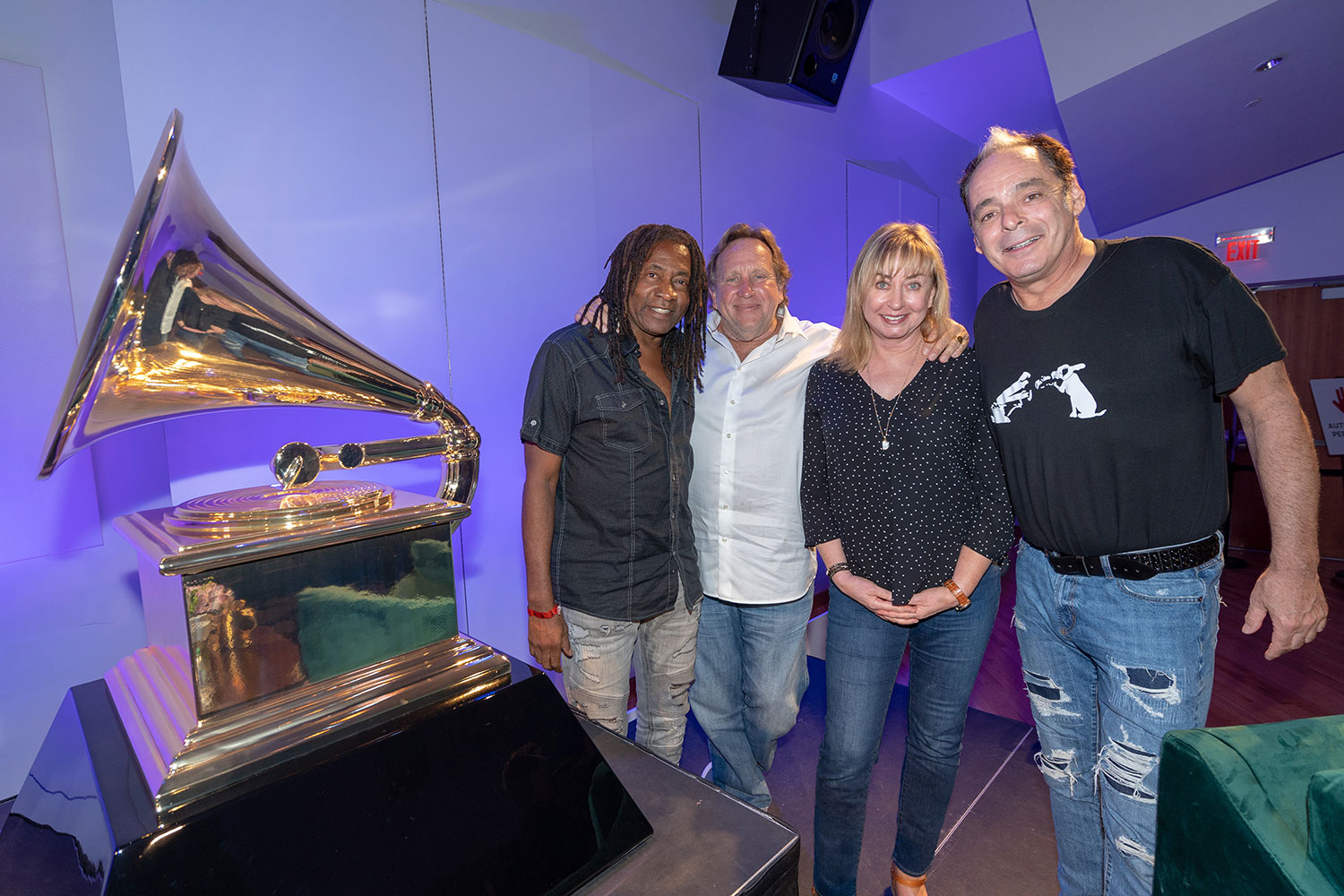 On September 20 the Florida Chapter and the Producers & Engineers Wing of the Recording Academy® presented Up Close and Personal with Ed Cherney at the New World Center. Mr. Cherney is a multiple Grammy Award-winning engineer, and throughout his career has worked with artists such as Bonnie Raitt, The Rolling Stones, Wynton Marsalis, Iggy Pop, Bette Midler, Eric Clapton, Wynonna, Buddy Guy, Jackson Browne, Lenny Kravitz, Ry Cooder, Keb’ Mo and Bob Dylan. 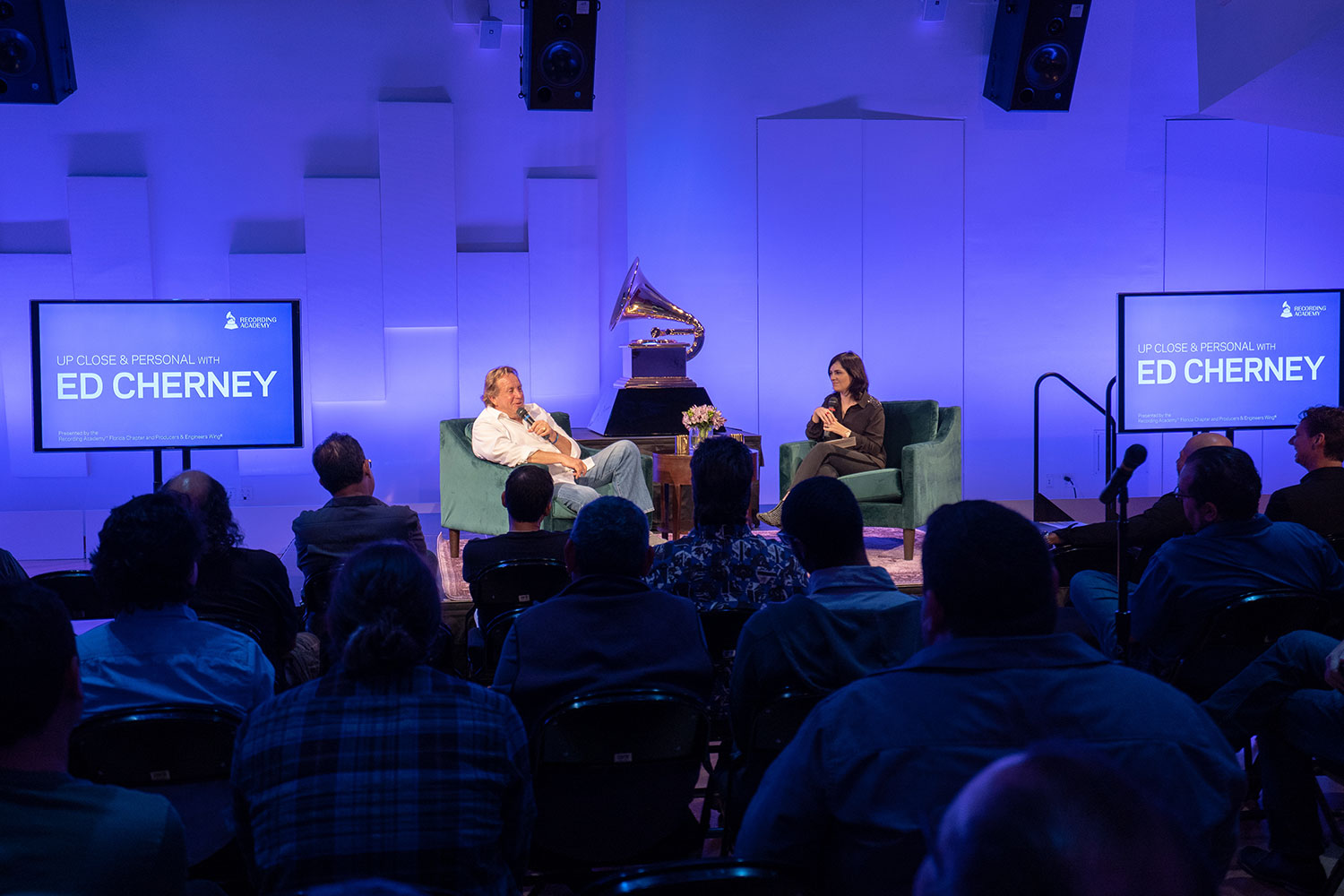 In a conversation with moderator Maria Elisa Ayerbe, an audio engineer who has worked on Grammy Award- and Latin Grammy Award-nominated albums, Mr. Cherney spoke to a room of fellow engineers and other members of the Florida Chapter about his long career, experiences working with various artists and the early beginnings of the Producers & Engineers Wing of the Recording Academy®, which he helped start and has now grown to over 6,000 members in less than 25 years. 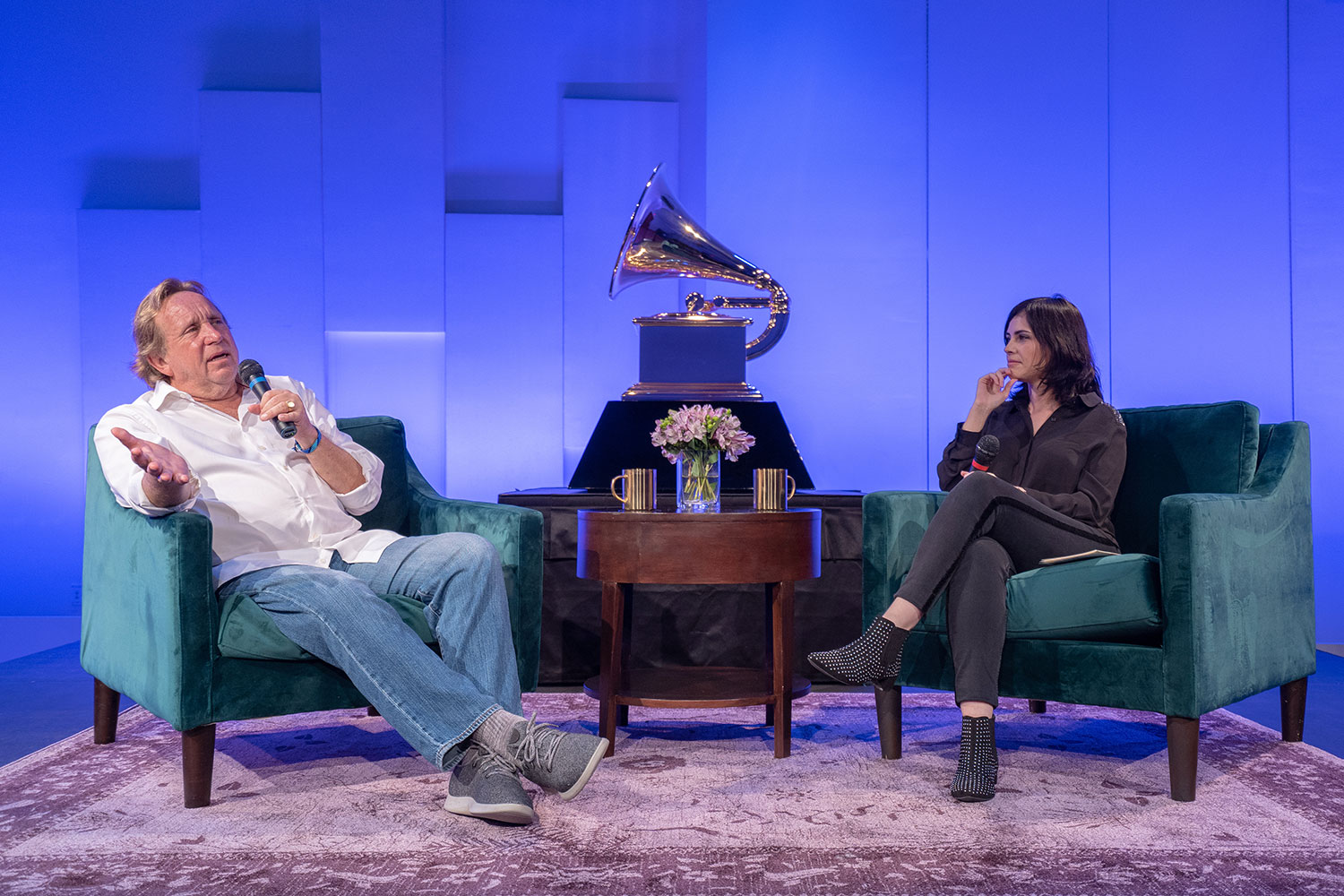 Click here to envision your event at the New World Center!

The gramophone statuette and logos are registered trademarks of The Recording Academy® and are used under license.